Senior housing investors and operators can anticipate several changes that will affect the industry as a result of the 2020 U.S. elections. 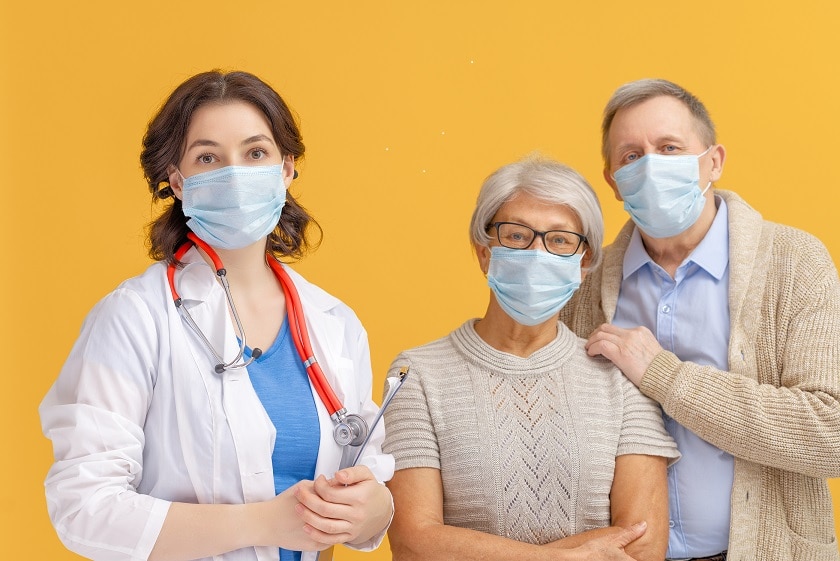 Democratic President-Elect Joe Biden has floated proposals including a major investment in home care, changes to real estate programs and policies, and pledges related to the caregiver workforce.

The incoming administration also may mark a shift from the often fractious and unpredictable last four years, which could be good news for businesses, according to Debra Cafaro, CEO of Ventas (NYSE: VTR), one of the largest owners of senior housing in the nation.

“With a moderate Democratic president, a Democratic House, and what will certainly be a closely divided Senate, that will push us toward more consistency in policy, more moderation in policy, more likely to be steady as she goes — and that’s quite a favorable backdrop for Ventas, and hopefully for the country as well,” she said during Ventas’ Q3 2020 earnings call.

Of course, a major focus for the incoming Biden administration will be addressing the Covid-19 pandemic. He has pledged to make additional resources available to long-term care providers, but with the federal government beginning to support private-pay senior living operators in new ways, the potential for increased federal oversight and regulation also looms.

Lawmakers such as Massachusetts Democratic Sen. Elizabeth Warren and New Jersey Democratic Sen. Cory Booker have already put forward bills related to Covid-19 reporting and care requirements. Other measures may also be forthcoming, and the onus is on the industry to keep educating policymakers so as to protect the unique benefits of private-pay senior living, Argentum CEO James Balda told Senior Housing News on Sunday.

“Argentum is committed to combating efforts to increase onerous regulation and federal oversight from both sides of the aisle,” Balda said in an official statement from Argentum on the election. “Because most of the legislation introduced to regulate the industry is led by Democrats, a divided Congress may prove helpful in our efforts to prevent overly burdensome regulation to the industry.”

Leaders with the American Seniors Housing Association (ASHA) also drew attention to the fact that Democrats and Republicans will have to cooperate to move forward important pieces of legislation such as Covid-19 relief, and may now be more willing to do so with the election in the rear-view mirror. But there are also some policy changes that Biden would be able to effect without Congressional approval that would be helpful to the industry. For example, executive orders changing certain Trump-era immigration policies could help alleviate workforce issues, ASHA noted.

Both ASHA and Argentum emphasized how important it will be to engage quickly with officials in the new administration to advocate for the industry on a wide range of issues, such as the four below:

Biden has been highly critical of the Trump administration’s response to Covid-19 in general, and with regard to nursing homes and long-term care facilities specifically. He has laid out a plan for how his administration would approach regulated settings such as skilled nursing centers and other long-term care facilities, and while not all these policies would be applicable or enforced in private-pay settings, they could have a spillover effect. Sometimes — as has been the case with federal stimulus funding and testing access — the government extends initiatives into assisted living after first addressing skilled nursing.

Regarding government-reimbursed settings, Biden pledged to ensure appropriate access to personal protective equipment (PPE) and testing, increase the frequency of surveys and increase penalties, and reinstate a ban on arbitration agreements.

He also took a stand against liability protections for nursing homes. However, some D.C. insiders believe that Democrats do see the need for some form of liability protection, and may pass that in a bill prior to Biden taking office in January, American Health Care Association/National Center for Assisted Living (NCAL) CEO and President Mark Parkinson said recently.

ASHA is optimistic that limited liability protections would be part of a relief package that likely will be put together in the coming lame duck session, President David Schless said in a statement on the election results. Both sides of the aisle have incentive to “clear the deck” on the issue of further stimulus and current Senate Majority Leader Mitch McConnell committed to a package in the coming weeks, Schless noted.

Balda also pledged that Argentum will continue to fight for “meaningful and reasonable liability protections” in the lame duck session. He points to the bill introduced by Republican Texas Sen. John Cornyn as a comprehensive measure, and told Senior Housing News that as negotiations continue, Argentum will be push for protections that extend back to the start of the pandemic and stretch forward for several years.

Along with liability protections, financial relief related to Covid-19 is the other policy matter that Argentum is prioritizing most highly, with vaccine availability and administration also becoming more important, Balda told SHN.

Further relief funding for assisted living providers likely will also be a part of this next stimulus package. After months of advocating for financial support, assisted living operators were granted access to CARES Act funds in September. Argentum is urging faster processing of these disbursals, as more than 80% of the association’s members were approved for funding but about 50% of those companies have not yet received the money.

In July 2020, Biden introduced a 10-year, $775 billion plan to address the nation’s elder care and child care systems. This proposal places home- and community-based care front and center, including a “long-term services and supports innovation fund” to create alternatives to institutional care for older adults.

“These could include approaches that provide care while allowing individuals to retain independence, such as day programs and respite services that enable unpaid caregivers to work, alternative home and community models that coordinate or directly provide care, and Medicaid buy-in models,” the Biden campaign wrote in a post on Medium.

Public programs such as Medicare and Medicaid currently have a “bias” toward institutional care, which a Biden administration intends to combat, the post noted.

While few independent living and assisted living providers are directly reimbursed in a substantial way by fee-for-service Medicare or Medicaid, an increase in home care options could shift the competitive landscape as they seek to attract new residents.

But insofar as assisted living might be seen as a more appealing, non-institutional alternative to long-term care nursing homes, new programs could conceivably create more options for older adults to pay for AL services through government insurance programs, or to bring more care into their homes within senior living communities, extending their stay.

“We know his focus moving forward is going to be around home- and community-based services with an emphasis on residents aging in place, which is what we offer,” Balda told SHN.

Also, as part of the plan unveiled in July, Biden promised to address low wage rates that prevail across the U.S. direct-care workforce.

Most direct care workers earn less than $12 an hour and $25,000 annually, the Medium post noted. Biden intends to address this by setting wage standards as part of the increased funding allocated under his plan. Unionization rights will also be prioritized under his administration.

“Biden will work to ensure all workers — including direct support workers and early childhood educators — have an effective, meaningful way to unionize and collectively bargain, whether they work in a center- or home-based setting,” the Medium post noted. “He will make it easier to organize by signing the Protecting the Right to Organize (PRO) Act and providing local and state government workers with bargaining rights, fully restoring collective bargaining to federal government workers, and also improving the conditions of many care jobs by signing into law the Domestic Workers’ Bill of Rights.”

The unionization issue is one that senior living providers will have to monitor as an industry in the years to come, Balda told SHN.

Under current rules for 1031 exchanges, investors can defer capital gains taxes if they invest money from the sale of one property into another, similar property. Biden has proposed eliminating this tax incentive for people with annual incomes in excess of $400,000.

Such a policy would affect the real estate transaction market and investment landscape, with implications for senior housing.

“Owners of management-intensive assets will likely look at news of a 1031 repeal as their last chance to sell their assets and transition into triple net properties without having a major tax implication and completely defer taxes,” Chris Pappas, associate director of Marcus & Millichap’s net lease division, told Globe Street.

A study out of Syracuse University and the University of Florida examined data from 816,000 property transactions between January 1 and June 30 of this year, finding that between 10% and 20% of the commercial real estate deals involved 1031 exchanges. Biden’s proposal could suppress real estate prices, increase leverage for acquisitions, and slow down market liquidity by increasing holding periods, the study authors found.

Many senior housing owners likely fall into the $400,000-plus income category, so eliminating 1031 tax treatment could dampen sales, Walker & Dunlop Managing Director Mark Myers told SHN — with the caveat that he is not an accounting expert. But he also noted that the situation is complex, so predictions are hard to make with any certainty.

For example, the Democratic administration could enact higher Medicare and Medicaid reimbursements for providers and expand benefits for older adults — a likely scenario, given the $775 billion plan put forward by Biden. Such changes could directly raise revenue for skilled nursing facilities and Medicaid-waiver assisted living communities, and perhaps boost demand for senior housing by enabling older adults to save money on health care costs. This could in turn raise senior housing valuations, enabling higher sales prices that could offset the increases in taxes due to 1031 program reform. Furthermore, changes to the 1031 program likely would not affect the sizable number of transactions involving real estate investment trusts.

And institutional investors in commercial real estate likely are more concerned with how Biden’s policies will affect the economy as a whole. Returns have been about the same under both Republican and Democratic administrations dating as far back as the late 1970s, according to a recent Cushman & Wakefield analysis.

Regardless of who sits in the White House, returns decline during periods of economic contraction such as the recession in the late 1990s and the financial crisis that began in 2008, the analysis found. So, if Biden can put the economy on a path toward growth coming out of the current pandemic-related downturn, that likely would be a primary factor inciting increased investment in senior housing and other types of commercial real estate.

Bottom Line: With a new President in office, there are likely to be a lot of changes affecting long term care providers.  We will keep you posted.  In the meantime, if you are considering buying, selling or leasing an RCFE, we would be delighted to assist you.  Please call us TODAY for your complimentary consultation.  We will formulate a comprehensive strategy tailored to your specific needs.

We look forward to working with you!

If we can be of assistance with your purchase, sale or lease of an RCFE or other property please call us today for your FREE Consultation: